Use Warp 10 for tests and qualification of “compatible” laptop batteries.

At SenX, we work with a few Macbooks, and with DELL XPS 15 9560 computers. With 32GB of RAM you can easily upgrade, and i7 kabylake CPU, these are still very good computers for developers. But these computers have a now well-known problem: the infamous swollen battery.

The LiPo batteries fill up with gas bubbles, and the swollen battery push up the touchpad, slowly destroying it.

The problem is that it is nearly impossible to get these 6GPTY batteries from DELL easily. Nothing on their online store, no answer from ser_spares_parts@dell.com. So… We’re left with “compatible batteries” we can find on Amazon or specialized resellers. Why not. But how do you test them before placing an order for all the computers of the company? You can do it with Warp 10 of course!

On Linux, battery information is just files like any other one. In /sys/class/power_supply/BAT0/, you can cat voltage_now for example, to read the battery voltage in microvolts.

To qualify a battery, you need to record continuously the following files:

Follow the Warp 10 getting started to deploy Warp 10 locally on your computer, then come back here to setup the battery monitoring.

In the /opt/warp10/calls directory, create a shell script called batteryInfo.sh, with this content:

Now, use the Warp 10 scheduler to record the data every 10 seconds: create /opt/warp10/warpscripts/battery/10000/battery_monitor.mc2:

The qualification process is simple. You need to remove auto-sleep or auto-off in your OS options and let the computer die… Then charge it to full charge, and repeat.

With a brand-new battery, the gauge displayed by the OS should be exact.

But if the battery was stored for 4 years (in unknown conditions), it will suffer. Even the “DELL genuine/original/believeUsItIsNotCounterfeit” batteries may have been stored for years. What happened is that charge_full is far from 8500mAh. If charge_full is 4000mAh, your computer will die showing 50% battery remaining…

But every battery will lose capacity while you use them. So, the battery controller is designed to gently recalibrate itself every charge cycle. It means that if it detects the battery is dying while the charge_now is still at 2000mAh, charge_full must re-calibrated. This re-calibration is a slow process, and an engineer at DELL choose a 250mAh recalibration step, hardcoded somewhere in the controller.

So, if your new battery capacity is around 7500mAh instead of 8500mAh, you need at least 4 full discharge cycles in order for the controller to re-calibrate itself.

Tip: do battery cycling during the night. You really cannot trust the battery indicator.

For a quick dashboard, install Grafana on your computer. You can follow this guide to install Warp 10 datasource.

The most important one is the one that will display charge_full and charge_now. The WarpScript is just two FETCH:

The battery level can be computed with charge_full and charge_now. As data is aligned by design, you don’t even need to BUCKETIZE, just keep it simple and do math with your GTS:

To enhance the lisibility of on/off status of the computer, hide the line and display dots only:

Bad batteries not only have less capacity but also have a bigger series resistor. It means some energy will be burned inside the battery. This energy cannot be counted by the battery controller… So, you need to do discharge tests at low and high loads.

To load your system, simply compile an infinite loop:

Then, run ./infiniteLoop & 8 times to make sure to saturate your CPU!

The first measure with a multimeter, right after mounting the battery in the laptop gives me 9V. This is clearly a deep discharge state. Not a real surprise, these batteries were stored for years.

Conclusion: This battery has a huge internal resistor. Maybe the cells were not so bad at the beginning, but the storage killed them. Moreover, the wires were too long to fit correctly.

After two different suppliers of compatible batteries, my conclusion is that it is better to work with my 4000mAh swollen battery that is able to compute battery level correctly. So, I dig again with DELL, spending hours on phone to wait for the good service… And I was able to get DELL original batteries.

When I mount the DELL battery in my laptop, the first measure of battery with a multimeter was 10.2V. This is also a deep discharge, but storage conditions may have been better.

The first cycles, at low system load, show the charge_full is incorrect. The computer dies at 20% battery. But it gets better and better after only five cycles!

Indeed, charge_full recalibrates after each cycle, which is great and really different from the compatible batteries tested before! After just 5 cycles, the percent gauge of the laptop was working as expected.

The 6th cycle is interesting. Not only the charge_now is correct, but if you look closely at the charge curve, you see the 3 cycles of high-performance charge:

Forecast with Facebook Prophet and CALL
Ever wanted to integrate an amazing data analysis algorithm to WarpScript but has not been developed in Java? Fear not, here is the example of how to integrate Prophet Python API to WarpScript.
Upload Geo Time Series from a Warp 10 instance to another
How to migrate data from a Warp 10 instance to another in 2 easy steps. 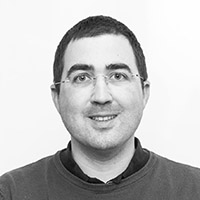