Time Series: the future of data

We discuss about how information systems are historically handled, and why time series databases will play a critical role for data in the near future.

To address the data processing needs of the world of sensors and the Internet of things, SenX has developed Warp 10 and WarpScript, a suite of software based on data models known as Time Series and Geo Time Series. In this article, we dive into the historical reasons why the industry is shifting toward time series models.

In order to cope with these demanding needs, organizations must transform the way they think about their information systems. Only by doing so will they be able to compete with other major digital players in the world. It is the real challenge that is underlying. That is why the “all-connected” world where we live is witnessing the advent of time series databases.

Diversity of data types and their processing

Within companies, data is generally managed in large “relational” databases, also known as structured or SQL databases. Derived from business applications, they are structured with strong functional dominance. Formats and semantics within these databases are specific to each sector according to its needs. Mostly, every company uses relational databases, which are managed by their IT department (or an external company).

Until the mid-2000s, the question of changing the data model did not arise. Any new project would naturally fit in an existing mold.

The growth of messaging and social media has changed the situation. Soon, the volumes of data (texts, sounds, images, videos) became considerable while avoiding the constraints of business applications. With this in mind, the major players on the Internet (mainly Google and Facebook) had to imagine other database structures: NoSQL databases.

The rise of sensors, and more generally of the Internet of Things, has created other constraints. They generate volumes of data with a very variable frequency in each case. We are able to process data that can be transmitted thousands of times per second.

But we also need to cope with a large number of sensors which emit flows in parallel with different characteristics. In addition to a massive data processing capacity, it is necessary to analyze the considerable flows of raw information to be able to derive value.

Download our guide for choosing a time series database

This set of constraints has led to the emergence of a particular model of data: time series

They are already known, in a special format, to economic statisticians. It is no longer a question of organizing data according to functional criteria linked to business types, but to focus on their temporal occurrence. The main input key of the datum is its timestamp with accuracy and synchronization which should be as close to perfect as possible.

To these different types of data (structured, unstructured, temporal) we must add a fourth one. This one covers graphical representation in two or three dimensions. For example, geographic information systems, 3D modeling, video games, virtual worlds, augmented reality… Ultimately, four families of data are translated into different technologies and four visions that have little in common.

Faced with strong growth in data volumes, all players claim to be doing “Big Data”. However, we use this terminology, now popularized by the media, to refer to very different realities.

Moving away from IT silos

In typical information systems, applications and professional services produce structured and formatted data according to business specifics. Each sector of activity has its modes of representation and semantics.

How information systems are historically handled, and why time series databases will play a critical role for data in the near future. Click To Tweet

This organization of business lines has led to data silos architecture. It has dependency links between business needs, applications that respond to them, and data that stem from them. The German SAP group markets the world’s most widely used software suite. They have a large number of modules structured within an ERP.

Then, Business Intelligence (BI) has considered suspending silo-based information systems. They begin to extract value from data coming from one or more business applications in a transversal manner, at great expense.

For example, costly (and sometimes sophisticated) mechanisms (ETL) for extracting data into data warehouses have been implemented to retrieve data. Those data can be cross-referenced (e.g. online consultations by customers with their purchases, after-sales interventions …). These tools have made the success and fortune of companies like Business Objects, SAP, or SAS.

This two-tiered computing with a main (business) function and a secondary (BI) function is bound to disappear. The idea is that the data will have multiple lives and multiple uses and that information systems must be organized accordingly.

The organization of data in silos that is still predominant today is not suited to this evolution.

The use of data for multiple purposes is subject to several barriers in classical architectures:

This is the reality of traditional information systems. They are based on relational databases suited to so-called transactional applications (e.g. updating a customer account, a stock, etc.). However, these transactional data will soon represent less than 5% of the total volume of data that companies process.

Time series, a disruptive model for the organization of data

For example, it allows a better adaptation to data compression and the easy addition of new data sources. It also optimizes the use of storage disk access by decreasing the need for memory which cost can become prohibitive, parallelization of computing jobs on several servers…

The most used column-oriented technology to date is HBase, a sub-project of a group popularized under the name of Hadoop. This set constitutes an ecosystem that turns information systems into a new world made up of new approaches and tools.

With time (or geo time) series, the idea is that many data, beyond sensor data, could be modeled with series. Indeed, we can approach any business activity as a succession of unitary events in time and space.

Therefore, rather than focusing on the business sense of the data (with its object, its format, its semantics …) resulting from an activity, we should consider that the first structure of the data lies in its precise date of emission. And optionally its location.

In doing so, any process becomes a succession of events or micro-events that generate data which are as many time series or Geo Time Series.

By relating all data back to time (and geolocation when available), it becomes possible to cross many and heterogeneous data streams in a much easier way than in conventional information systems.

More generally, the five barriers mentioned above can be overcome much more easily:

This evolution is the one that represents the migration of a world of transactions towards a world of flows.

The architecture of two-tiered information systems is being erased in favor of a data hub (the datalake). It will aggregate all event measurements and will feed applications such as business applications, financial applications, marketing … or others.

Among the most advanced business sectors that are familiar with Time Series, we can point out the following ones:

We would have to add other sectors like logistics, insurance, banking, agriculture, sport …

Many companies and public organizations are still carrying out an exploratory phase regarding the potential of their own data. That is particularly the case for sensors / IoT data. In this phase, the Data Scientist is the key people that can address business use case needs by implementing data modeling, data analytics, data visualization… The Data Scientist seems to be the providential prophet that promises a profitable future and that everybody’s tearing out.

However, there is a major gap between a use case proof of concept and operational business processes. The constraints related to the real world mean an increasing range of sources of data including their own format, rate, variations… and security issues. Datalakes cannot be defined use case by use cases. They require a strong data engineering approach and expertise.

Data Science and Data Engineering are the two legs of any genuine data strategy. They have to combine, to interact, to challenge in order to address business needs. A data scientist is not an architect and a data engineer is not the one who can properly translate a business need into software code. An O’Reilly’s paper highlighting the differences between the two approaches and profiles will be read with interest.

The lack of data engineering expertise in organizations is probably one of the key reasons that explain the tricky challenge to move from POCs to the industrialization of data analytics services.

SenX proposes an original vision on the future of data by considering that most of the operational data refer to sequenced data. That means that most of the operational data are Time Series (or Geo Time Series). It is a perspective based on the assessment that the volume of sequenced data including data from IoT, sensors, systems, processes, human actions, environment events… is going to become prominent within organizations. Except for descriptive static data, what else than the timestamp as a kind of universal index?

Warp 10 is precisely a solution that addresses this vision from an industrial perspective including performance, scalability, interoperability, and security.

Starting from this paper, we are going to explore strategic approaches in different vertical businesses: Smart Cities, Mobility, Energy, Industry, Health…  Each of the sectors will give rise to a dedicated article.

In the case you are looking for any information for a specific sector, please contact us at contact@senx.io

Build a Complete Application with Warp 10, from TCP Stream to Dashboard
Warp 10 provides a lot of functionalities, making possible the creation of whole applications. Learn how to get, store and display live ship positions.
The COVID-19 Pandemic and the art of Geo Time Series
Discover how the COVID-19 outbreak produces a lots of data, mainly time series 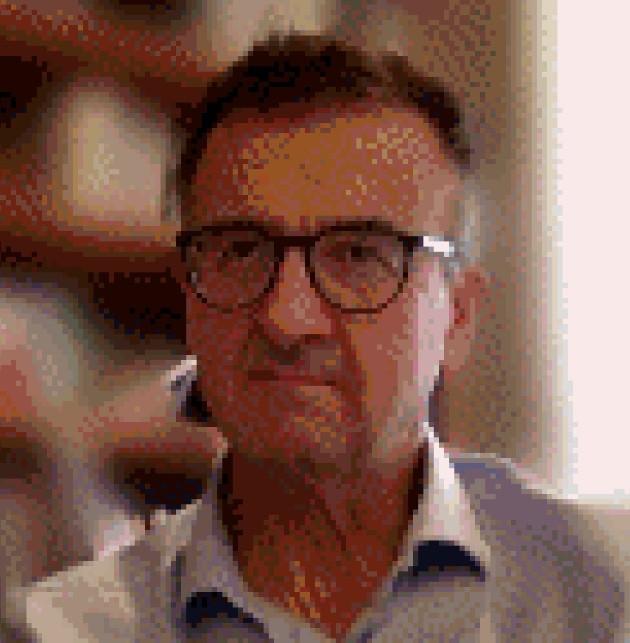